NORTHERN BUMBLING was a nordic exchange / network initiative between designer Thomas Pausz (Iceland), artist Marius Presterud (Norway) and artist and researcher Erik Sjödin (Sweden). It included visits to the participants local work regions as well as co-produced exhibitions at Losæter in Oslo, Slakthusatljéerna in Stockholm and The Nordic House in Reykjavik.

[The Political Beekeepers Library at Losæter 2017]

Using the Bjørvika Bakehouse and the surrounding grain field at Losæter as a model for a shared multi-species space, the participants discussed the functionality of insects and pests in the fields of art, design and societal health. Marius Presterud presented functional art pieces used in his practice Oslo Apiary & Aviary, as well as revealed that year's breeding program of a plastic eating night butterfly larvae at Kunstnernes Hus. Thomas Pausz presented and created new ritualistic artefacts to interact with nature beyond utilitarianism. Erik Sjödin presented The Political Beekeeper's Library, an effort to collect, organise, and activate books where parallels are drawn between how bees and humans are socially and politically organised. 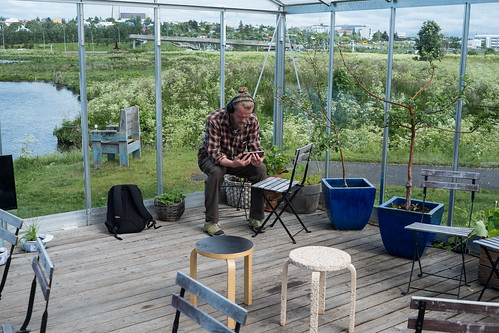 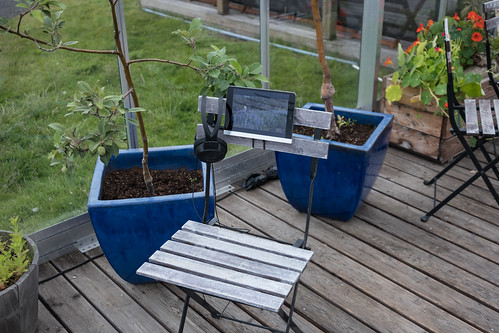 [Settlers, work in progress presented at The Nordic House 2017]

Using the public greenhouse and the surrounding wetlands at the Nordic House as a model for a shared multispecies space, the participants in the Northern Bumbling network presented recent research and work in progress. Thomas Pausz continued his work on Animal Architecture and presented work imagining crossovers with the modernism of Alvar Aalto, the architect of the Nordic House, and the building methods of specific insect species. Erik Sjödin presented video and audio material gathered during meetings with beekeepers on Iceland, highlighting both problematic and hopeful aspects of beekeeping in Iceland. Marius Presterud presented work from his 'Nature as History' series.


Below is a text that served as a point of departure and tentative framing of the project:

"May you live in interesting times" is an English expression purported to be a translation of a traditional Chinese curse. Like many species before us, humans now appear to exist in a moment of precarity. An interesting question this raises is if we can get our of our current predicaments or if there won't be a future 'time' to speak of, as such? If we can sort things out, what will the solutions be. If not, how will we spend our end-times? What will post-sustainable life look like?

With the state of things, insects have gained renewed attention. Both as a potential source of protein as the human population outgrows the supply of the meat production industry, but especially because of the domesticated honey bees current hardship, which one third of the world's agricultural crops depend upon for pollination. The phenomenon threatening honey bees, fittingly dubbed Colony Collapse Disorder - perhaps in an unintended moment of projected identity - has sparked a renewed reflection on the relationship between humans and the environment and our human centric worldview.

A contender to the concept of an 'anthropocene' era is the 'capitalocene'. With our time's eco-awareness, we have also seen the rise of 'ecological service providers'; like the production and selling of 'made in China' 'insect hotels' and the international mail order bumblebee industry. It is hardly possible to make a clearer link between urbanisation, capitalism, and ecological catastrophe, than so called 'green entrepreneurs' and 'green industry' commodifying the multi-species interrelationships that humans depend on for survival.

What can applied art offer in the face of climate change and ecological collapse? As an operating system which, unlike large areas of society, is not yet completely controlled by globalized neoliberalism - art can use powerful, constructive, and antagonistic language and imagery to warn of disastrous consequences to come. What's more, art can raise awareness of the coexistence and mutual dependence of humans and other living things, a discourse not based solely on dominance and exploitation. Art can reintroduce alternative lifestyles rather pragmatically. For example ones that focus on ecologically sound living, rather than on purely economic outcome and material wants.

Scandinavians will probably not be the first ones on the endangered nationality list. As the North grows warmer, new resources, oil, flora and fauna reveals themselves, to make us even more disproportionately richer than the rest of the world. Most likely bringing with it new career opportunities and transnational partnerships, potentially further fueling the ecological crisis and ongoing extinction of species.

With these things in mind, it becomes imperative that we use our privileged position to explore new ways of living. Through the combined efforts of our three diverse, and at times even conflicting, Nordic art, design, and research practices, we wish to explicate current states of affairs, and explore ways of multispecies living in the cold for futures that alternates from the bumbling present.

The Northern Bumbling network, and the individual work of the participants in the project, was supported in part by Nordic Culture Fund, Nordic Culture Point and the Swedish-Icelandic Co-operation Fund, Office for Contemporary Art Norway, and the Norwegian Arts Council. Here's an archive of the website northernbumbling.net